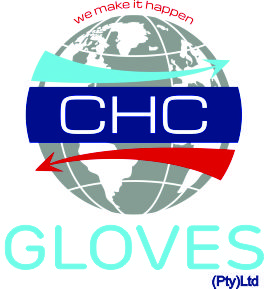 Did you hear the one about the dog who ate a bunch of garlic?

His bark was worse than his bite.

Sorry not sorry, we had to do it! But bad dad jokes aside, garlic is as infamous for its odour as it is for its vampire-repelling abilities.

This tiny but mighty morsel is one of the oldest cultivated plants in the world, with a history as robust as its flavour.

More than just something that tastes great with bread. Garlic is super versatile, used in cuisines around the world, and has some pretty impressive medicinal benefits.

Today, we pay homage to our favourite bulb.

The Origins Of Garlic

Today, a whopping 80 percent of the world’s garlic supply (around 26.6 million tonnes) is grown in China. But before it was famous worldwide, varieties of garlic were found in central Asia and northeastern Iran about 5000 or 6000 years ago.

Over thousands of years, garlic was used as a food source for the lower class. But it was also used as an aphrodisiac, a currency in Egypt, and as a magical item that could protect people from evil, witches, and of course, vampires.

Across the globe, it has also been used as a potent medicine in many cultures. It is said to treat respiratory and digestive problems, parasites, and even leprosy.

Is Garlic A Vegetable?

Garlic is from the lily family. Its closest cousins are onions, leeks, and chives. Its name translates loosely to “spear leek,” from Old English.

Technically, it is classified as a vegetable. Though it’s more routinely consumed and used as if it were a spice.

There are hundreds of different kinds of garlic. The most common varieties have ten cloves and white skin. Generally, the larger the clove, the less intense the taste.

The Marlborough region is responsible for most of the garlic grown in NZ. Its peak growing season here is from January to November, so it is available year-round.

Garlic thrives in environments where the winters are grim but the summers are long and dry. Sounds just like New Zealand to us!

How can you tell if you are purchasing NZ garlic? If it is New Zealand grown, the bulb will still have roots. If it doesn’t then it is likely to be an import that you are buying.

Many of garlic’s health benefits come from a chemical called allicin. That’s the compound that creates the sulfuric smell.

Garlic is said to lower blood cholesterol and blood pressure. The evidence from various studies is mixed, although scientists admit there is some benefit in this area.

This humble bulb can also be a powerful antibiotic and has been proven to kill pathogens, including staph, E. Coli, and candida. It can also help in fungal infections like ringworm and athlete’s foot.

While scientists aren’t suggesting you should do away with proven antibiotics just yet, there is some promising research into using garlic in place of antibiotic-resistant drugs.

For more information on COVID-19 and government regulation: Click here